This is a collection of photographs of the village of Travneve and its inhabitants. Due to historical circumstances, the deportation of Ukrainians and Poles in 1945-46 was suppressed and virtually forgotten. Forcibly displaced peoples – that is the story of the entire village. The present-time inhabitants of Travneve comprise those directly affected by that vile act and their descendants, although the latter ones are very reluctant to share their memories for fear they might take hold of them again.

With this project, we want to draw public attention to the importance of historical memory and truth, which can overcome conflicts and become a basis for mutual understanding among the descendants of their difficult history, so that it does not happen again. Because of oblivion and suppression, we already have a fresh conflict in the East of this country ... 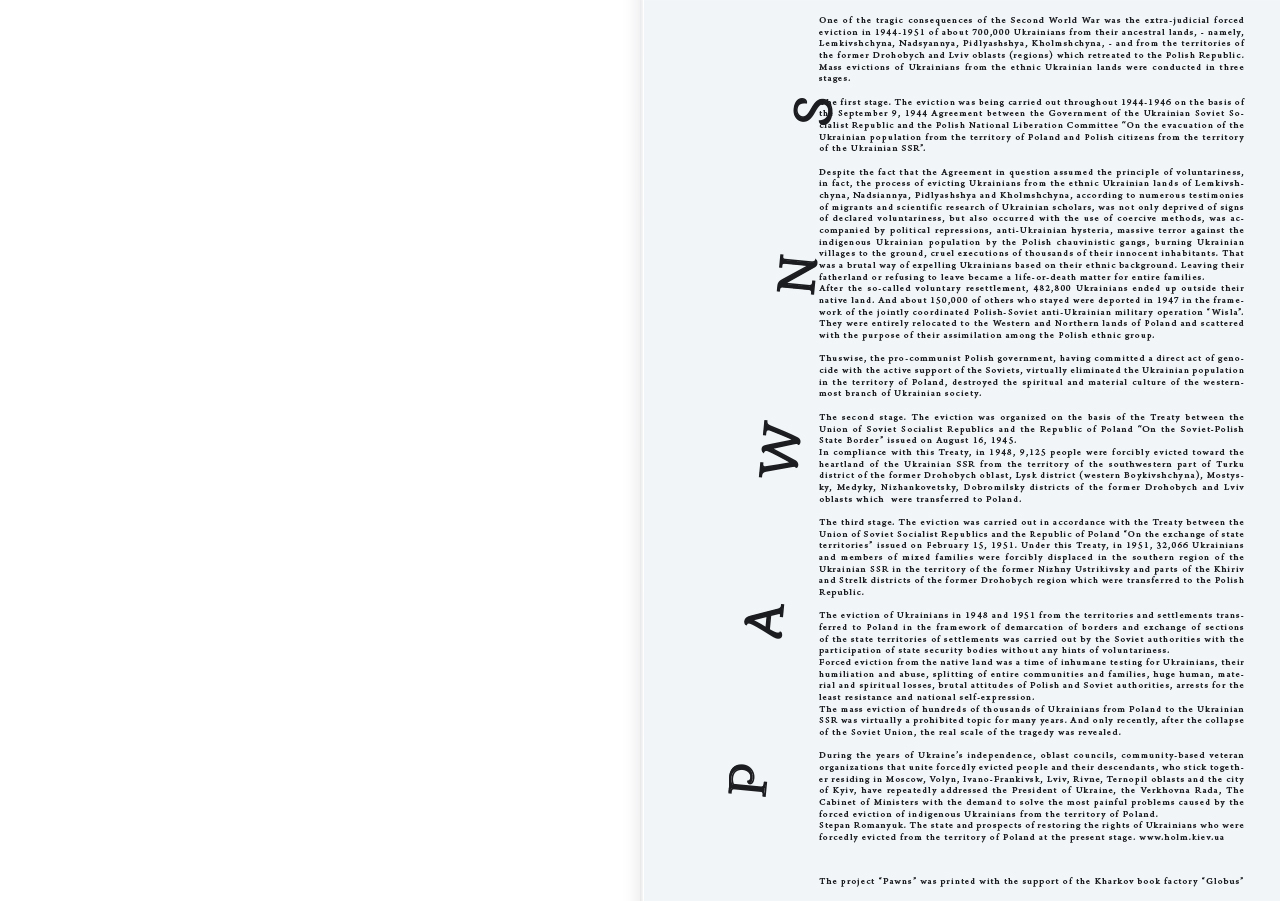 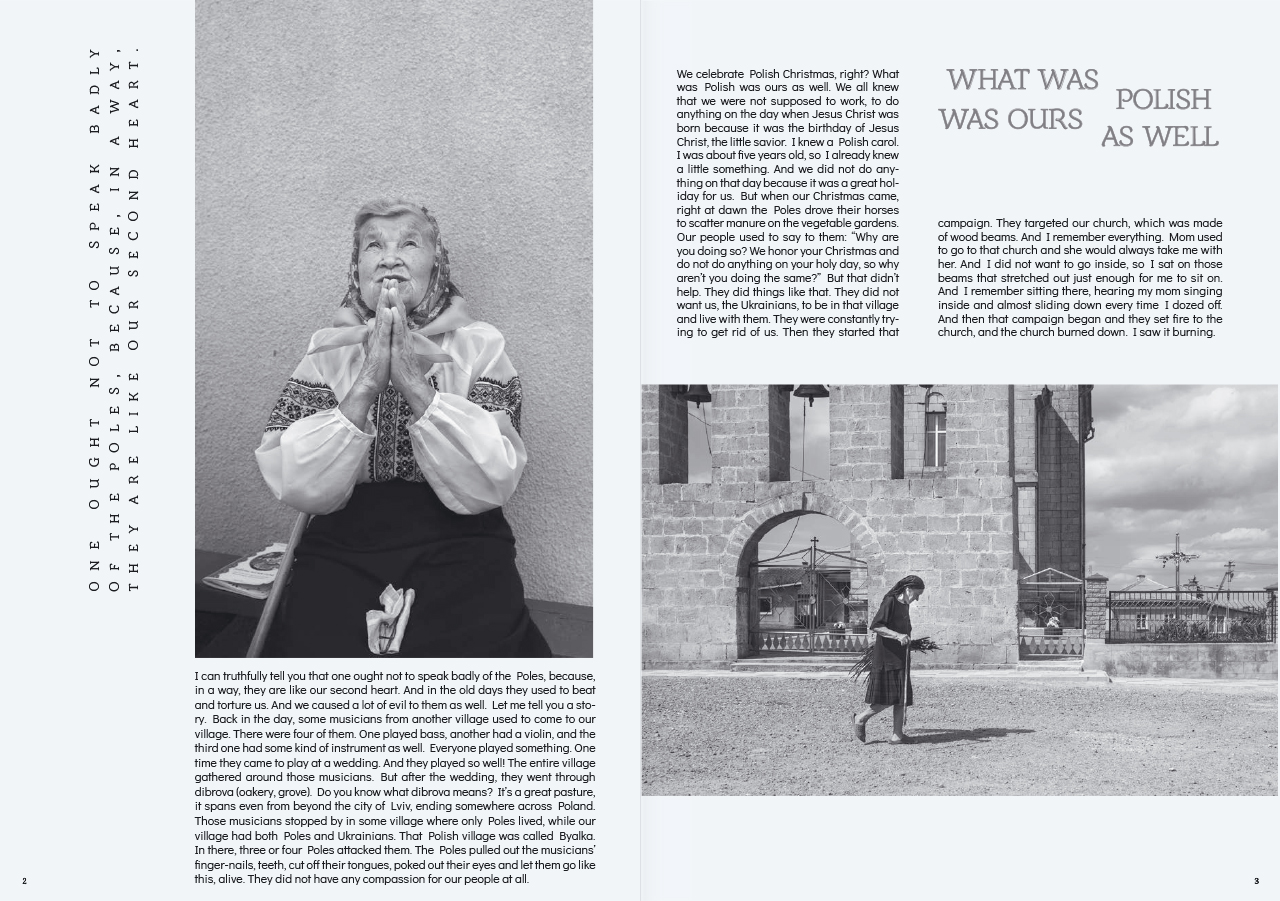 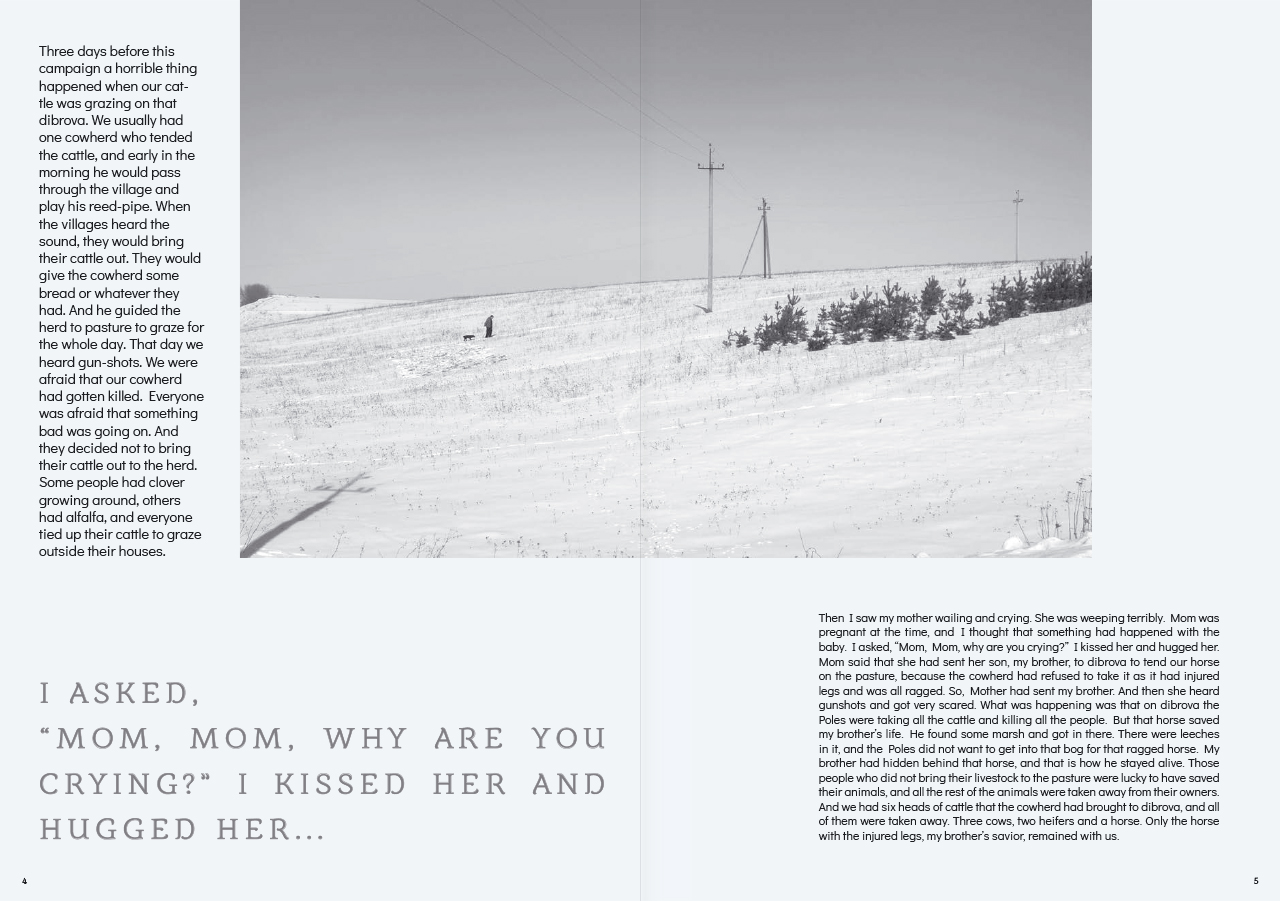 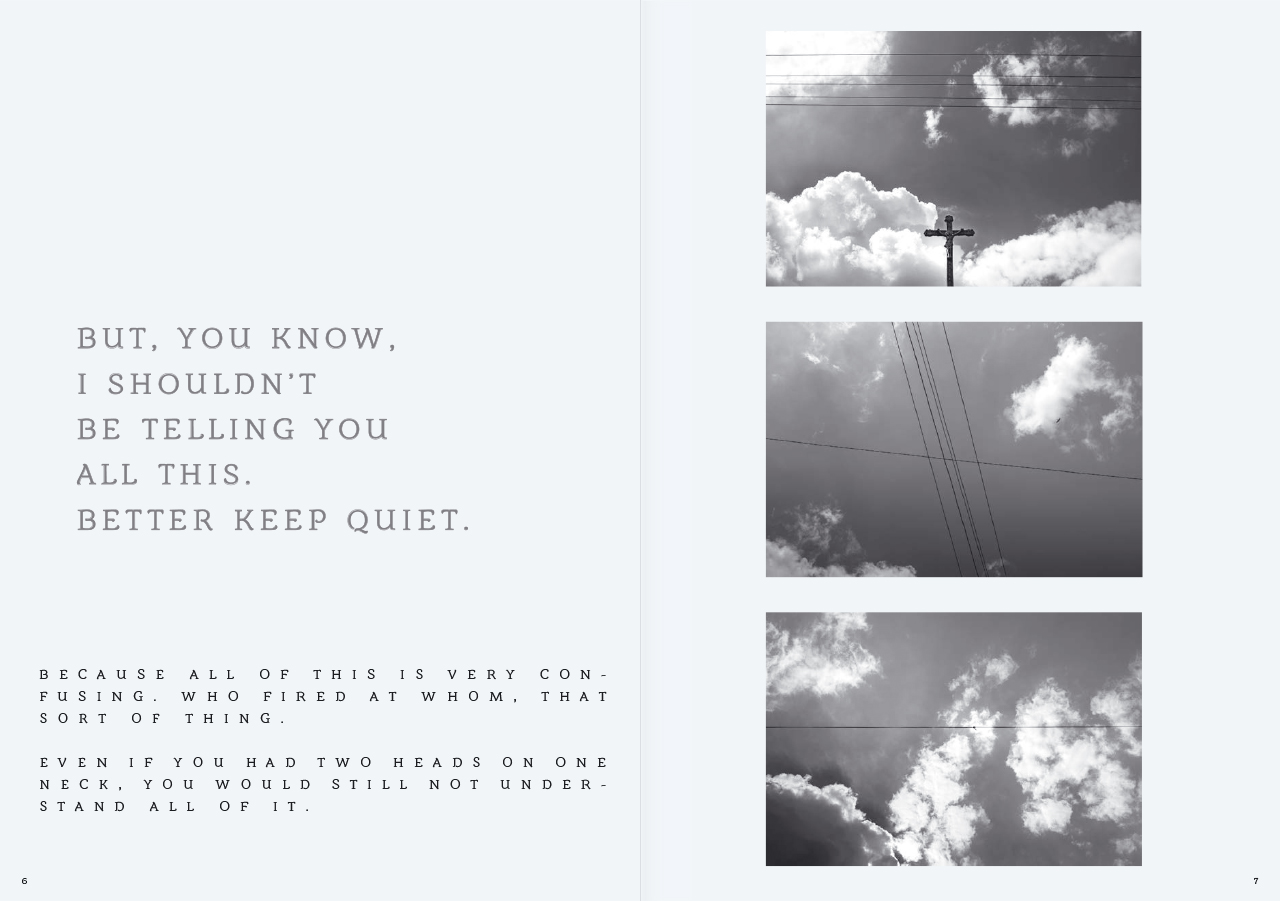 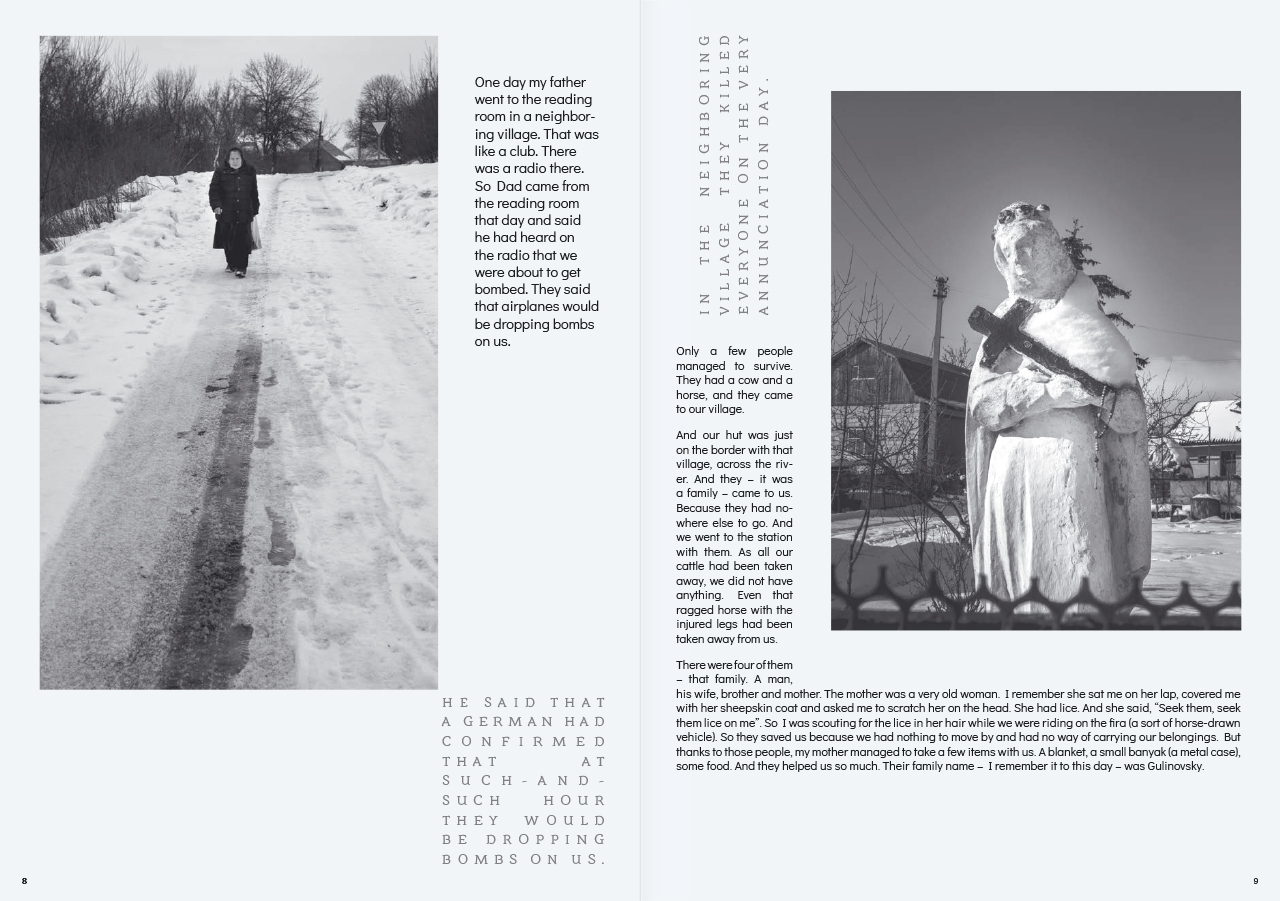 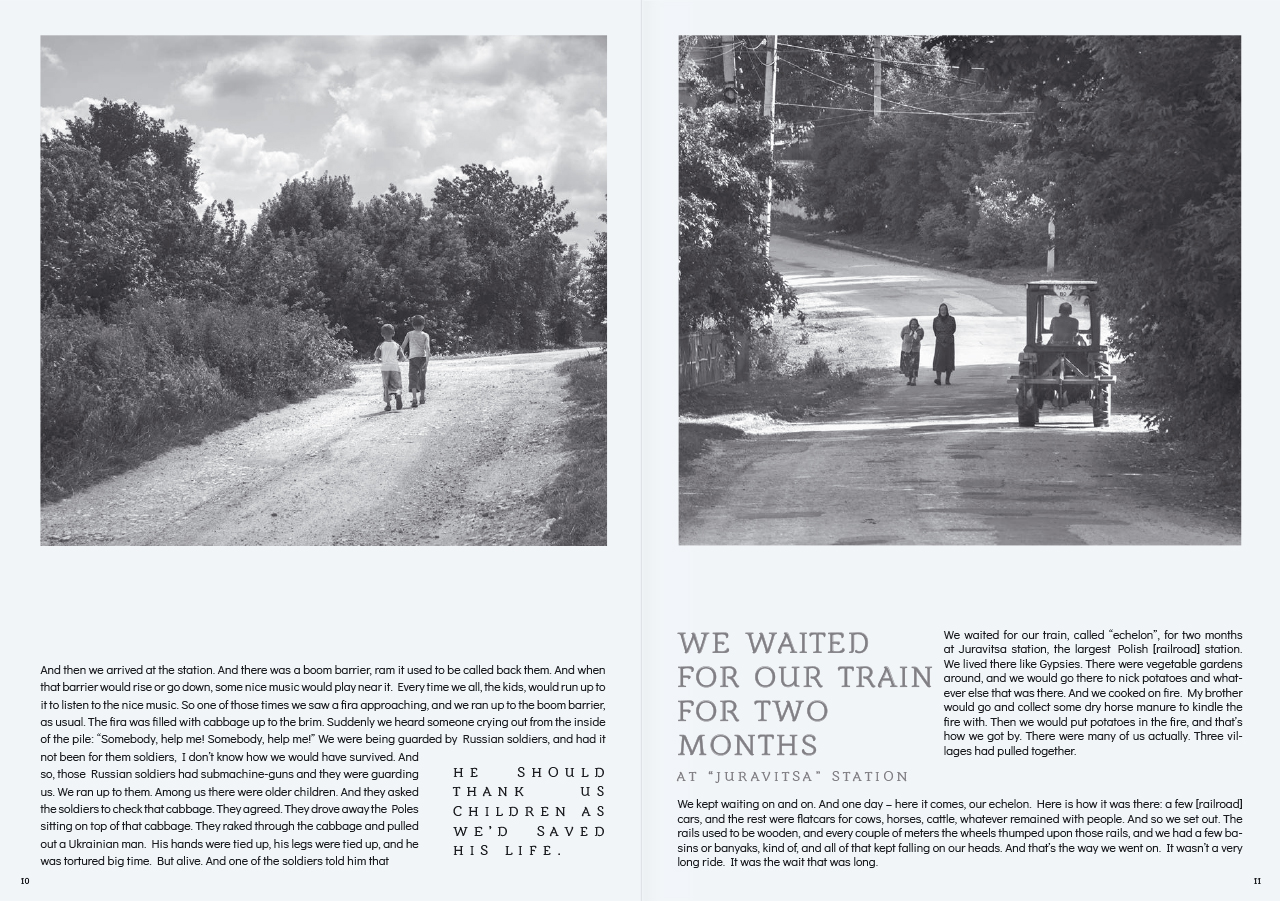 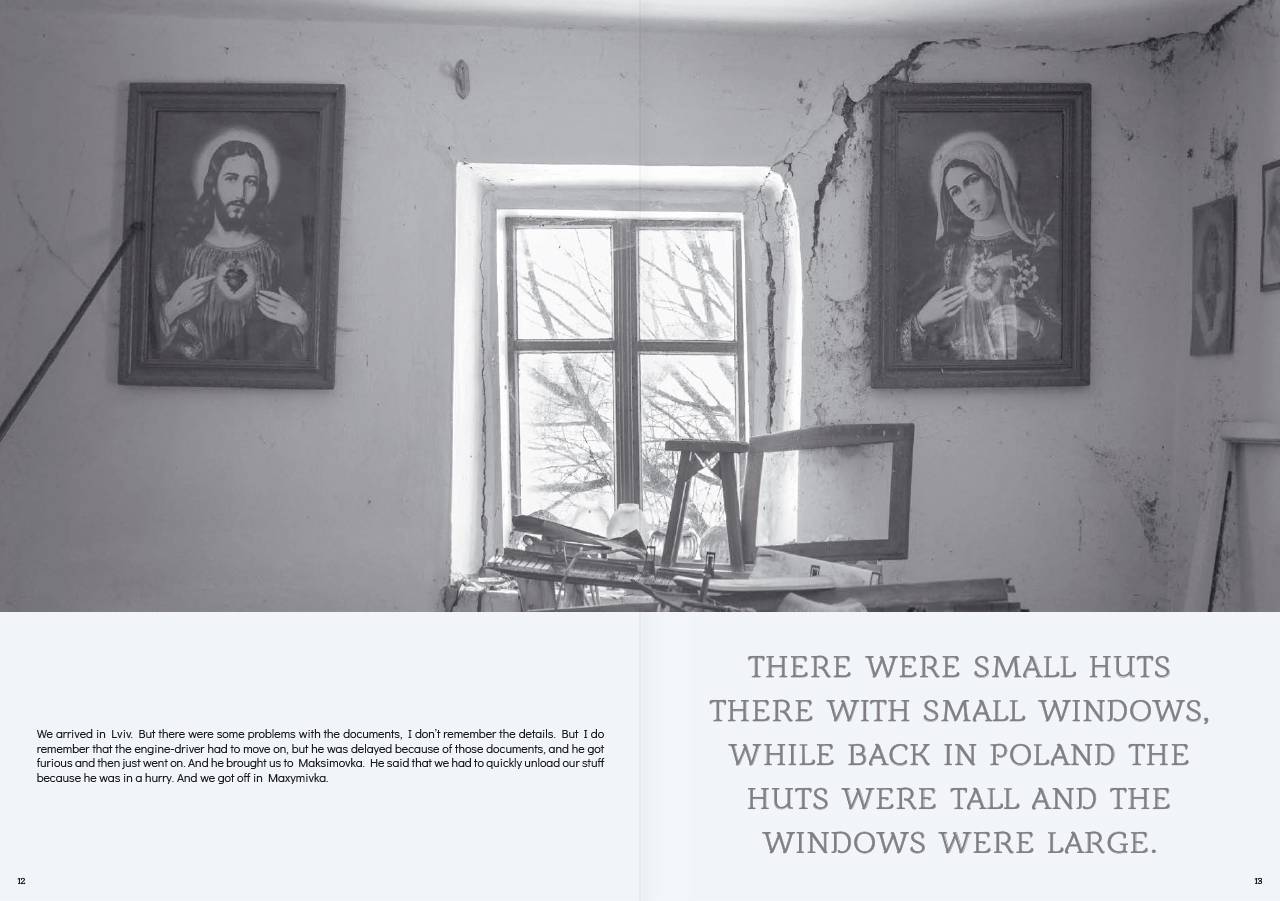 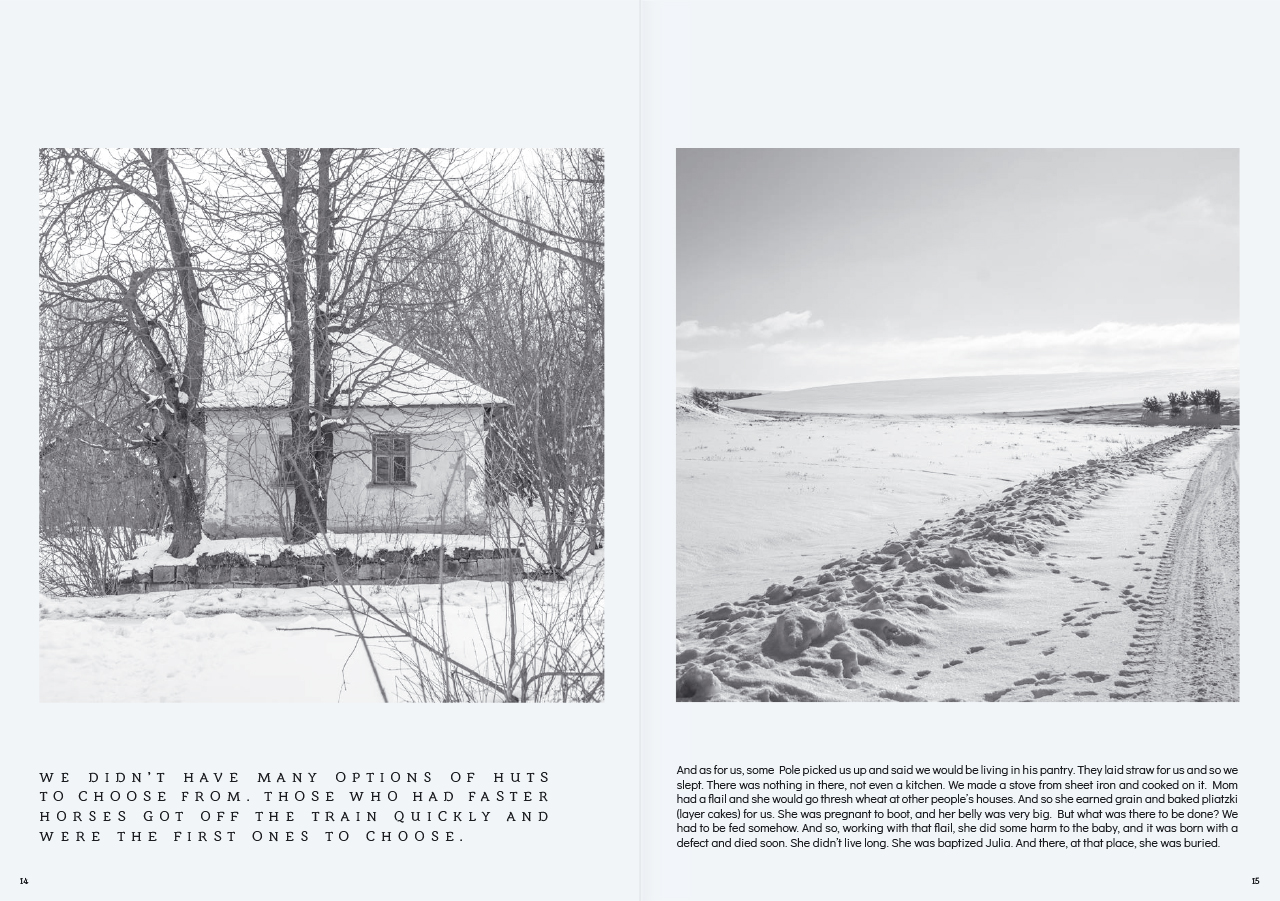 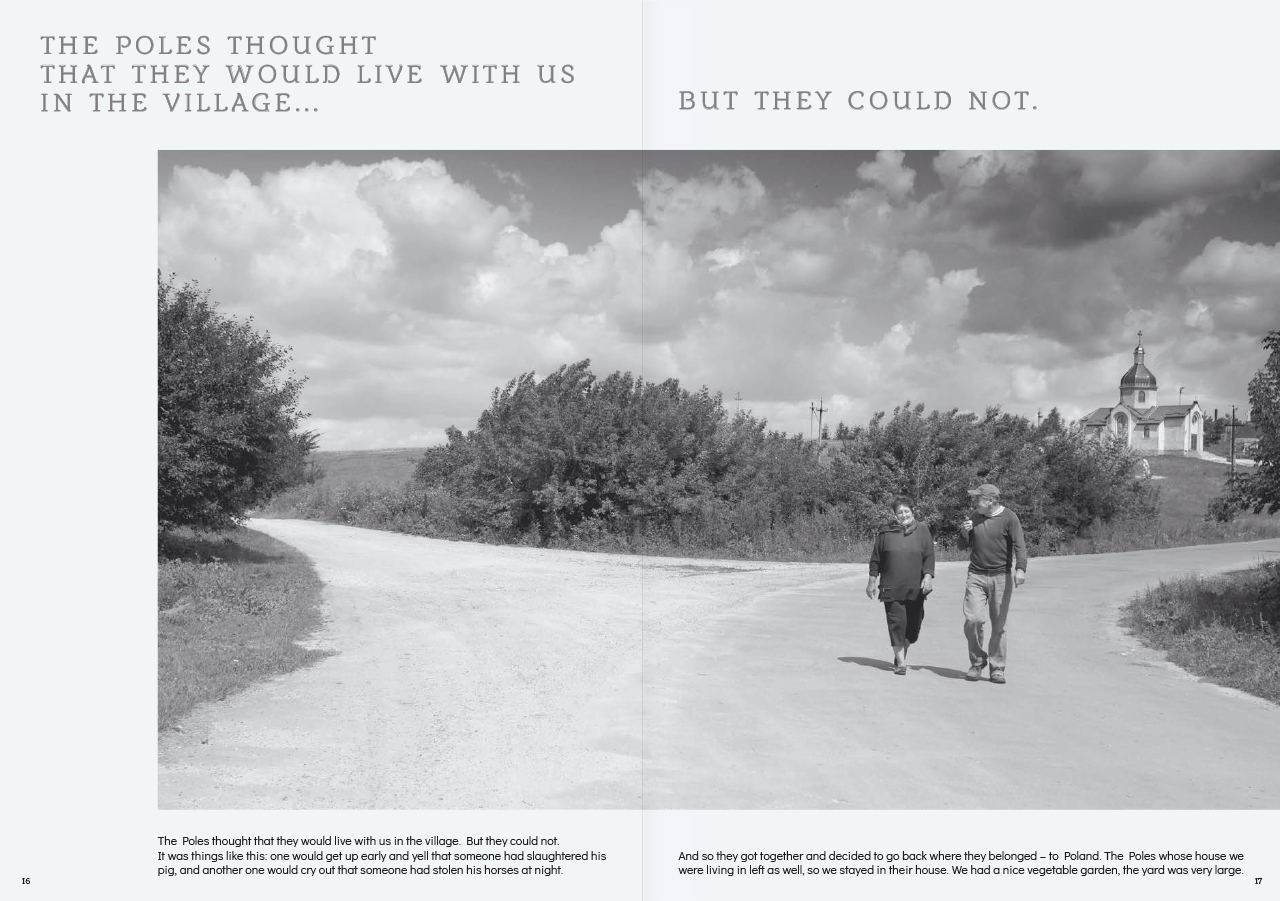 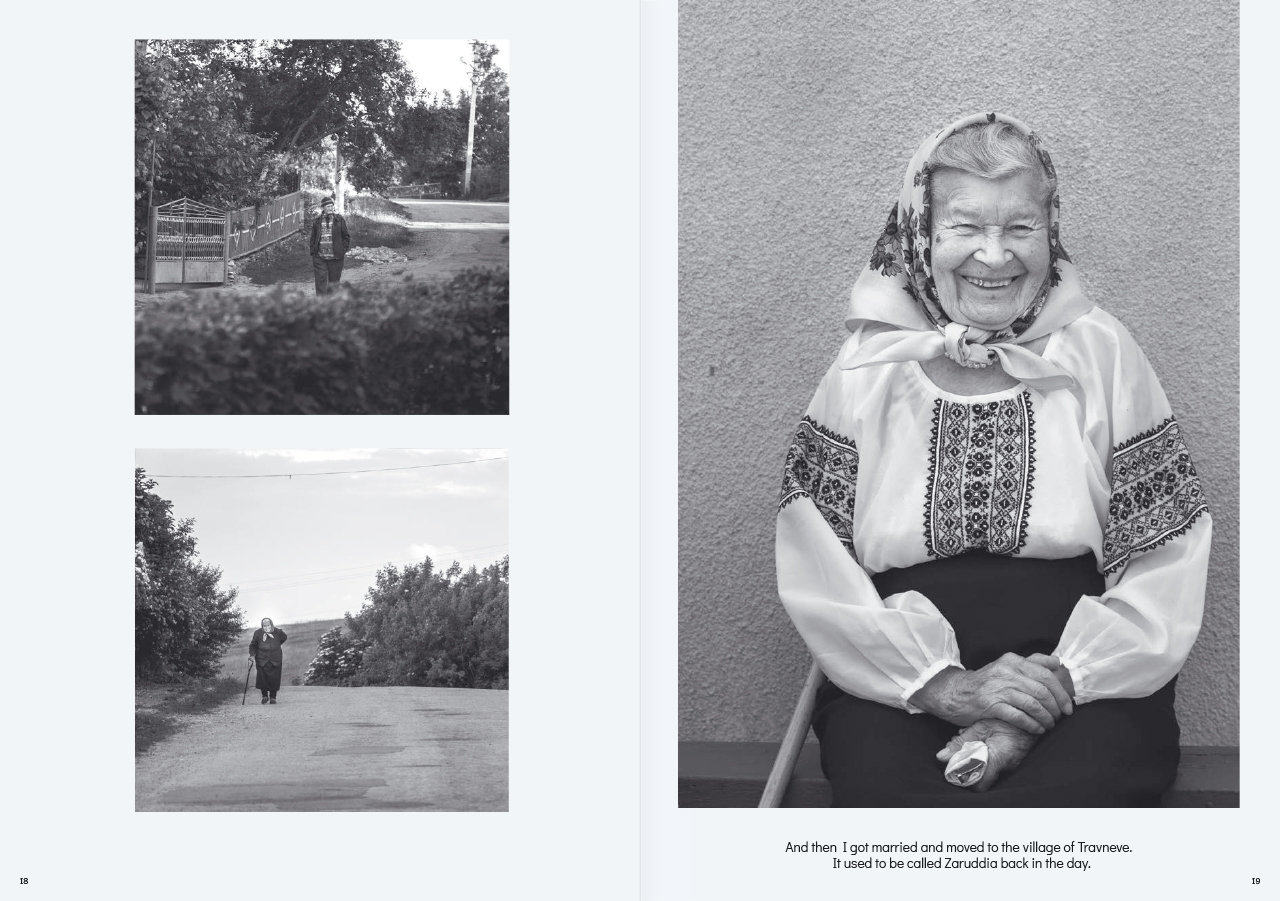 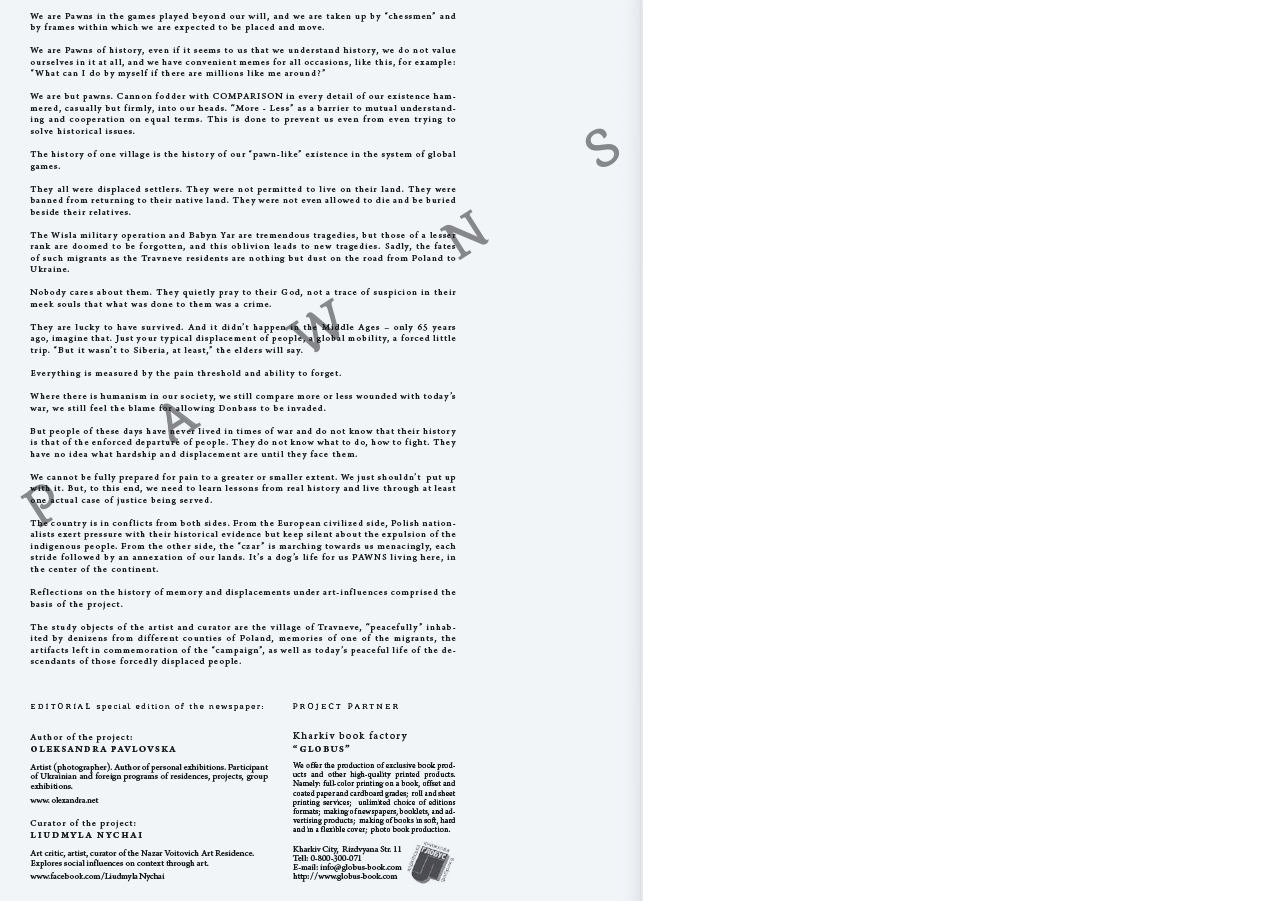 We are Pawns in the games played beyond our will, and we are taken up by “chessmen” and by frames within which we are expected to be placed and move.

We are Pawns of history, even if it seems to us that we understand history, we do not value ourselves in it at all, and we have convenient memes for all occasions, like this, for example: "What can I do by myself if there are millions like me around?"

We are but pawns. Cannon fodder with COMPARISON in every detail of our existence hammered, casually but firmly, into our heads. "More - Less" as a barrier to mutual understanding and cooperation on equal terms. This is done to prevent us even from even trying to solve historical issues.

The Wisla military operation and Babyn Yar are tremendous tragedies, but those of a lesser rank are doomed to be forgotten, and this oblivion leads to new tragedies. Sadly, the fates of such migrants as the Travneve residents are nothing but dust on the road from Poland to Ukraine.

Nobody cares about them. They quietly pray to their God, not a trace of suspicion in their meek souls that what was done to them was a crime.

They are lucky to have survived. And it didn’t happen in the Middle Ages – only 65 years ago, imagine that. Just your typical displacement of people, a global mobility, a forced little trip. "But it wasn’t to Siberia, at least," the elders will say.

Everything is measured by the pain threshold and ability to forget.

Where there is humanism in our society, we still compare more or less wounded with today's war, we still feel the blame for allowing Donbass to be invaded.

But people of these days have never lived in times of war and do not know that their history is that of the enforced departure of people. They do not know what to do, how to fight. They have no idea what hardship and displacement are until they face them.

We cannot be fully prepared for pain to a greater or smaller extent. We just shouldn’t put up with it. But, to this end, we need to learn lessons from real history and live through at least one actual case of justice being served.

The country is in conflicts from both sides. From the European civilized side, Polish nationalists exert pressure with their historical evidence but keep silent about the expulsion of the indigenous people. From the other side, the “czar” is marching towards us menacingly, each stride followed by an annexation of our lands. It’s a dog’s life for us PAWNS living here, in the center of the continent.

Reflections on the history of memory and displacements under art-influences comprised the basis of the project.

The study objects of the artist and curator are the village of Travneve, "peacefully” inhabited by denizens from different counties of Poland, memories of one of the migrants, the artifacts left in commemoration of the "campaign", as well as today's peaceful life of the descendants of those forcedly displaced people.

One of the tragic consequences of the Second World War was the extra-judicial forced eviction in 1944-1951 of about 700,000 Ukrainians from their ancestral lands, - namely, Lemkivshchyna, Nadsyannya, Pidlyashshya, Kholmshchyna, - and from the territories of the former Drohobych and Lviv oblasts (regions) which retreated to the Polish Republic.

Mass evictions of Ukrainians from the ethnic Ukrainian lands were conducted in three stages.

Despite the fact that the Agreement in question assumed the principle of voluntariness, in fact, the process of evicting Ukrainians from the ethnic Ukrainian lands of Lemkivshchyna, Nadsiannya, Pidlyashshya and Kholmshchyna, according to numerous testimonies of migrants and scientific research of Ukrainian scholars, was not only deprived of signs of declared voluntariness, but also occurred with the use of coercive methods, was accompanied by political repressions, anti-Ukrainian hysteria, massive terror against the indigenous Ukrainian population by the Polish chauvinistic gangs, burning Ukrainian villages to the ground, cruel executions of thousands of their innocent inhabitants. That was a brutal way of expelling Ukrainians based on their ethnic background. Leaving their fatherland or refusing to leave became a life-or-death matter for entire families.

After the so-called voluntary resettlement, 482,800 Ukrainians ended up outside their native land. And about 150,000 of others who stayed were deported in 1947 in the framework of the jointly coordinated Polish-Soviet anti-Ukrainian military operation "Wisla". They were entirely relocated to the Western and Northern lands of Poland and scattered with the purpose of their assimilation among the Polish ethnic group.

Thuswise, the pro-communist Polish government, having committed a direct act of genocide with the active support of the Soviets, virtually eliminated the Ukrainian population in the territory of Poland, destroyed the spiritual and material culture of the westernmost branch of Ukrainian society.

The second stage. The eviction was organized on the basis of the Treaty between the Union of Soviet Socialist Republics and the Republic of Poland “On the Soviet-Polish State Border” issued on August 16, 1945.

In compliance with this Treaty, in 1948, 9,125 people were forcibly evicted toward the heartland of the Ukrainian SSR from the territory of the southwestern part of Turku district of the former Drohobych oblast, Lysk district (western Boykivshchyna), Mostysky, Medyky, Nizhankovetsky, Dobromilsky districts of the former Drohobych and Lviv oblasts which were transferred to Poland.

The third stage. The eviction was carried out in accordance with the Treaty between the Union of Soviet Socialist Republics and the Republic of Poland “On the exchange of state territories” issued on February 15, 1951. Under this Treaty, in 1951, 32,066 Ukrainians and members of mixed families were forcibly displaced in the southern region of the Ukrainian SSR in the territory of the former Nizhny Ustrikivsky and parts of the Khiriv and Strelk districts of the former Drohobych region which were transferred to the Polish Republic.

The eviction of Ukrainians in 1948 and 1951 from the territories and settlements transferred to Poland in the framework of demarcation of borders and exchange of sections of the state territories of settlements was carried out by the Soviet authorities with the participation of state security bodies without any hints of voluntariness.

Forced eviction from the native land was a time of inhumane testing for Ukrainians, their humiliation and abuse, splitting of entire communities and families, huge human, material and spiritual losses, brutal attitudes of Polish and Soviet authorities, arrests for the least resistance and national self-expression.

The mass eviction of hundreds of thousands of Ukrainians from Poland to the Ukrainian SSR was virtually a prohibited topic for many years. And only recently, after the collapse of the Soviet Union, the real scale of the tragedy was revealed.

During the years of Ukraine's independence, oblast councils, community-based veteran organizations that unite forcedly evicted people and their descendants, who stick together residing in Moscow, Volyn, Ivano-Frankivsk, Lviv, Rivne, Ternopil oblasts and the city of Kyiv, have repeatedly addressed the President of Ukraine, the Verkhovna Rada, The Cabinet of Ministers with the demand to solve the most painful problems caused by the forced eviction of indigenous Ukrainians from the territory of Poland.

Stepan Romanyuk. The state and prospects of restoring the rights of Ukrainians who were forcedly evicted from the territory of Poland at the present stage. www.holm.kiev.ua

Curator of the project:
LIUDMYLA NYCHAI 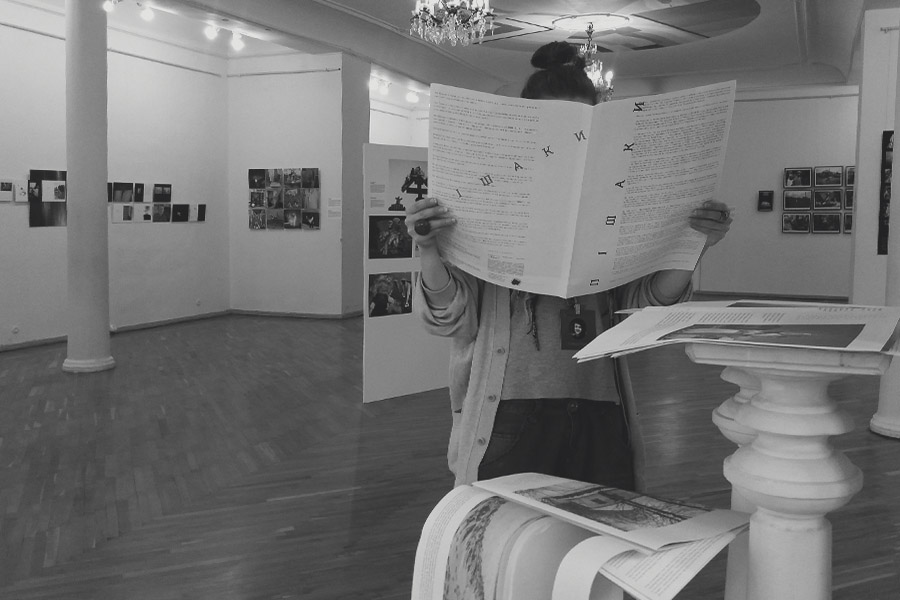 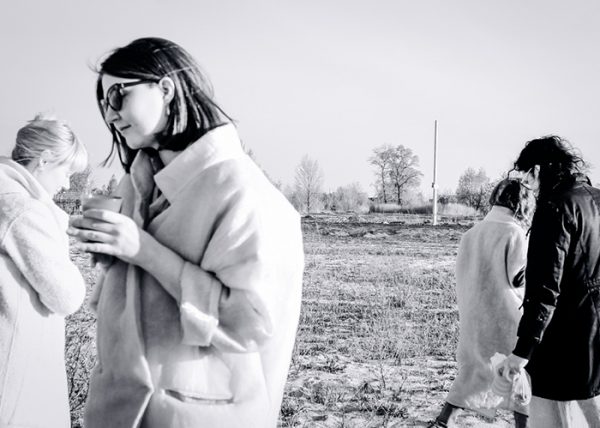 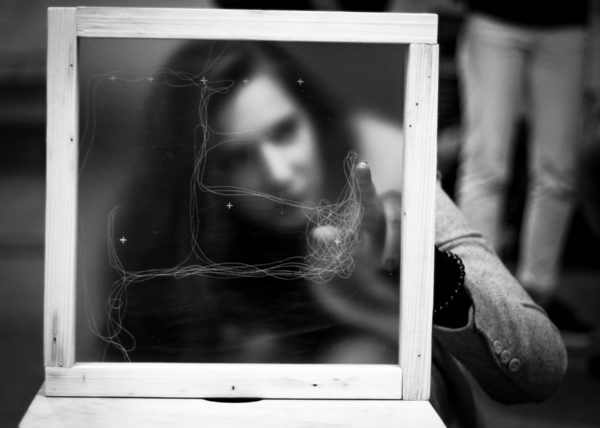 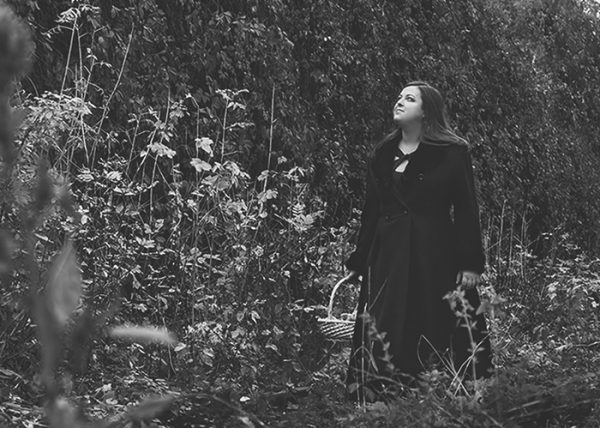 Backstage. Preparation for the exhibition. Berlin.REPORTAGE 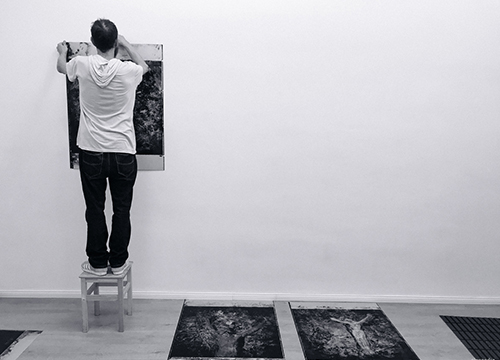 Opening of the exhibition. Berlin.REPORTAGE 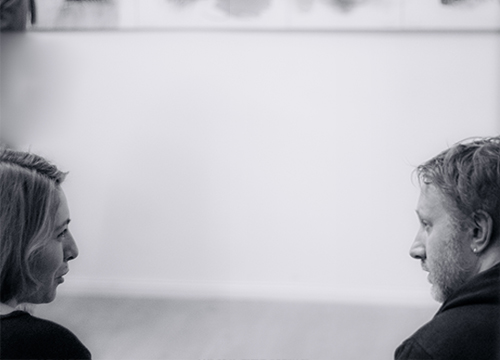 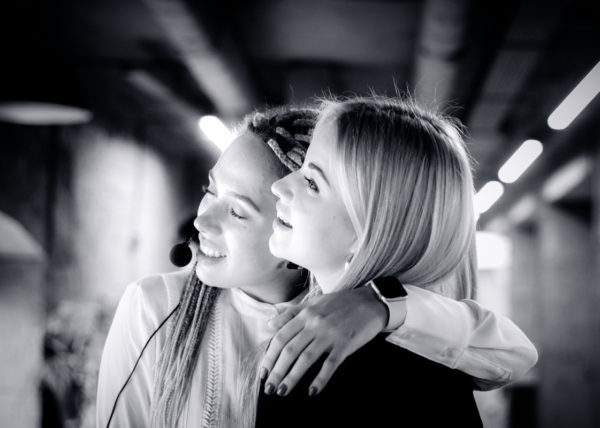 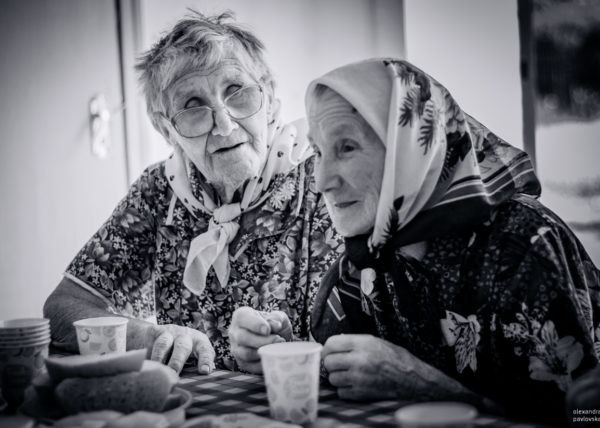 Opening of the exhibition. KyivREPORTAGE 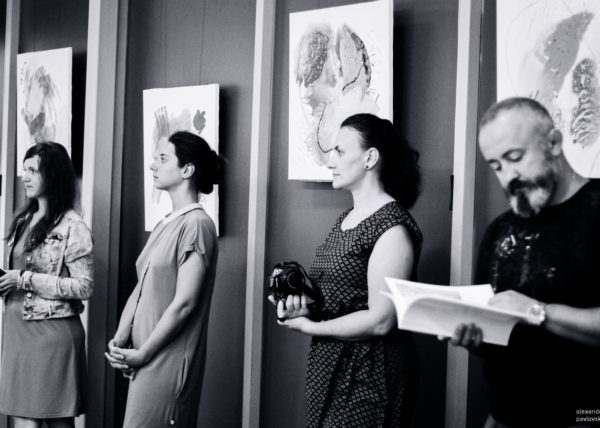 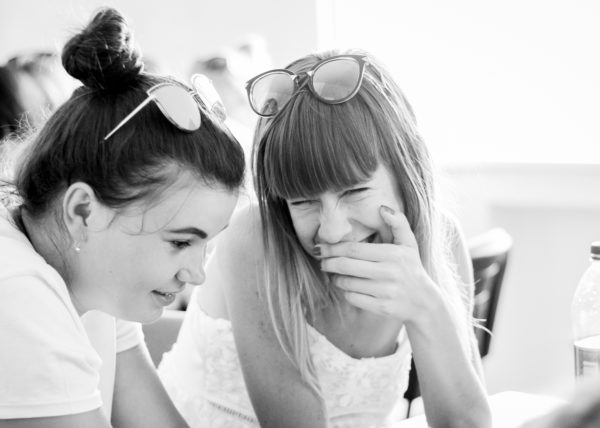 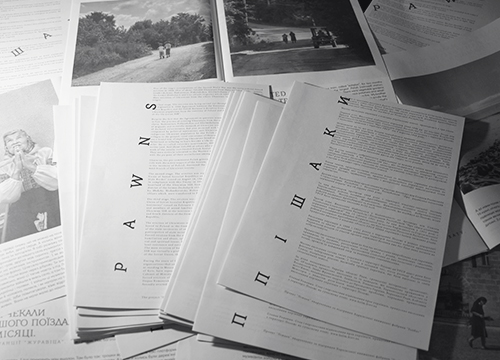 THAT’S NO WAY TO SAY GOODBYEprojects 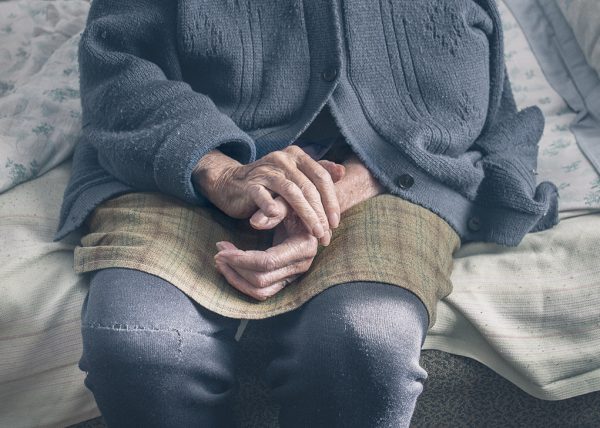 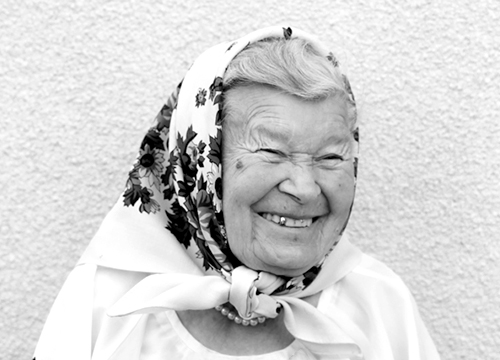 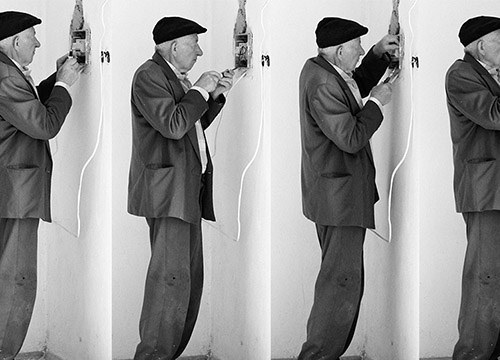 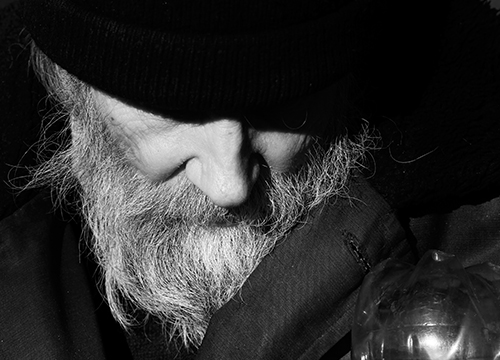 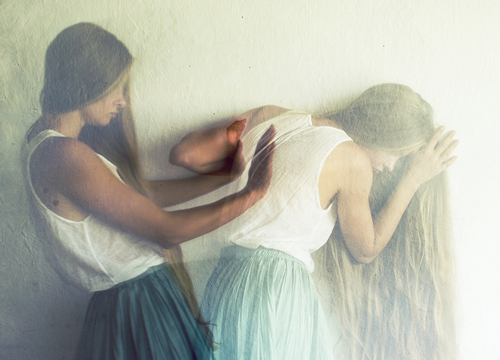 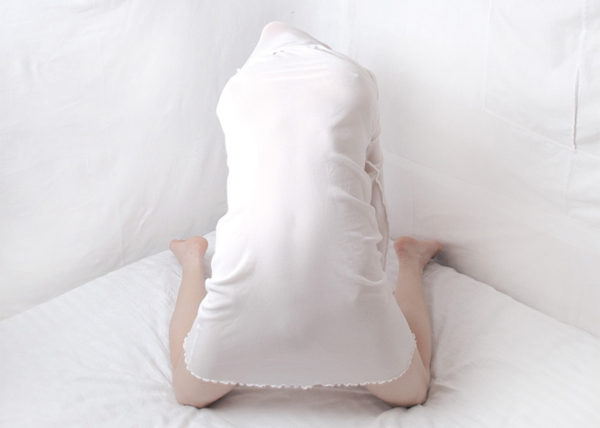 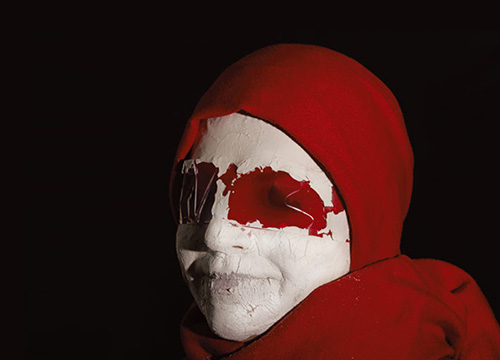